For the time being, this page will remain as it was with links to individual character pages on their names as they are made

Is well-known for his courage and gentleness. He is the don of the Oz family and highly respected even by other family bosses. Despite being the don, he is often bossed around by his right-hand man Kyrie. He likes reading books and secretly wants to surpass Kyrie’s knowledge. Even though he looks sturdy, he has a bad health and once showed Fuka his drawer full of pills. He treats Fuka like his own daughter but there are times where he regrets being too kind because his feelings and true intentions are often overlooked. In the latter part of the otome game, Kyrie revealed that they weren't always human and Caramia was once a cowardly lion. Fuka overhears Caramia and Kyrie talking that Fuka’s scent reminds Caramia of the girl who was once very dear to him. Has a big heart often takes care of others, is dearly loved by everyone in town. Invites the heroine to the Oz family mansion. His weapons are two pistols.

The consigliere of the Oz family. His demeanor seems soft and gentle but in reality he is a sadist. Kyrie has a mischievous, twisted personality, but he hides a really sweet side to him. Kyrie would often bully Axel and Caramia but means no actual harm to them. He’s the brains of the family as well as the one who manages the Casino and owns a bar. Though he possesses a rifle he generally won't stain his own hands.

A caporegime of the Oz family. Taciturn and blunt. Essentially only handles what he's been ordered to do, tends to confine himself to his room. Axel is hostile to Fuka. He treats her harshly and he simply can’t believe that Fuka lost her memories. Being the family’s caporegime, he’s quite protective of his boss. He regains trust to Fuka when she attempted to save him from the Wolfgang. The act she did proved that she wasn’t plotting anything with Caesars group. He has an abnormal healing power and this is why Kyrie would often make him a canon fodder for troublesome fights. He loves sweets, to the point where he even risk his life for it. His main weapon is an axe, but Kyrie finds it inappropriate and uncool so he’s forced to use a shotgun. But his aim sucks and he often uses his shotgun to hit people, Kyrie doesn’t care about it though he prefers him to suffer. Though he acquired the heart, he doesn’t know how to use it. He’s quite oblivious to other people’s feelings.

Former don of the Grimm family, Hamelin was blamed for the murder of Robin Hood's wife, causing the Grimm family to lose respect as well as their land and Hamelin to be exiled from town.

A caporegime of the Grimm family who is cool but courteous and conscientious. He has no interest in disputes, his participation in conflicts is passive. In Hamelin's absence, Scarlet took it upon himself to oversee and manage the Grimm family while they await the possible return of their boss. His weapons are a sniper rifle and a magnum revolver.

A caporegime of the Grimm family and Gretel's twin brother, he is a cheerful and positive person but also quick to pick fights. His weapon is a dynamite.

A caporegime of the Grimm family who is constantly pessimistic and spiteful with an intense persecution complex. She has a sharp tongue, similar to her brother in being quick to fight. Her weapon is a hand grenade.

Ande: The young girl who does high-pressure sales of matches.

The boss of the Andersen family. Ande has intense emotions of joy, anger, and humor. She is simple and clear. She has a strong commercial spirit and forces sales of matches if the's an opportunity. Her weapon is a crossbow that emits fire upon shooting.

The consigliere of the Andersen family. A wise, old gentleman the size of a palm. As a secret intelligence spy, is accompanied by Mole the frog. His weapon is a poisoned stinger hidden in his cane.

A caporegime of the Andersen family. Aelling has a fear of strangers, no self-confidence and is always frightened of something. He has the ability to let things that are unable to fly stay in the air. His weapon is a machine gun.

The boss of the Stival family. She is stern and serious - a knight with a strong sense of justice. She is strict with both herself and others and controls the family like an army. Her weapon is a long sword.

He serves under Pashet, being born into family that is a long line of servants serving under Pashet's lineage. He is the only man in his family and Boots territory. Be that as it may, he is kind-hearted, can cook and is usually following after Pashet.

The boss of her family Heidi is a sizable, loud woman and an older sister figure with a sense of presence and stability. She runs a gigantic dairy farm. The cheese with the Heidi symbol is her specialty product.

Heidi's subordinate Peter is a beautiful woman with huge breasts and glasses, who deals with everything "troublesome".

The manager of the Oscar Wilde Brothel, a man with an elegant demeanor. He is a hedonist with a principle of living only for the moment. As administrator of the town church he also undertakes priestly duties. His weapon is a sword cane.

The number one male prostitute in the Oscar Wilde brothel. He has a beautiful face that mesmerizes both men and women. He is a masochist by nature but for the sake of providing top quality service, sadistic play is also his specialty. His combat ability is zero but he will bravely volunteer his body to protect his comrades.

The receptionist and person in charge of miscellaneous jobs in the Oscar Wilde brothel. Because of his diligence and faithfulness, Dorian has a deep trust in him. Management of things such as employees and finances are also entrusted to Manboy. His weapon is every lethal weapon that is used to decorate the brothel.

Runs Sherwood Clinic and is the only doctor in town. Once married. He wears a mask and black cloak to hide his face. Fuka thinks he looks like a crow and calls him 'Dr. Crow'. Despite his mysterious appearance, he has a naive and simple personality. Robin Hood spends most of his time in his clinic, so he is seldom encountered around town.

(The Wolfgang is not considered a mafia family, nor is it a really big organization. It’s merely a group with no organized beliefs. Their  purpose is to wreak havoc in the peaceful town.)

The leader of the rogue group 'Wolf Gang'. The thugs in the slum proclaimed Caesar as their boss because of his skill with a sword and his uncooperative attitude towards the mafia families. Despite their eagerness, Caesar was never close towards them, with the exception of So. He is brutal and is not afraid of injuring people. Caesar wields two long swords. As the first person to discover Fuka, he relentlessly aims to obtain her, calling her his 'prey'.

A member of the rogue group, 'Wolf Gang' and Caesar's right-hand man. In contrast to the dangerous Caesar, he's gentle, cheerful and kind to everyone. He takes his cart in the heart of town during the weekends and makes his specialty cuisine for everyone. So provides Caesar money and does everything from household chores to being his doctor. He runs a small restaurant in town and people often wonder why he choose to be a part of Wolf Gang even though he’s a good kid. 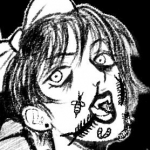 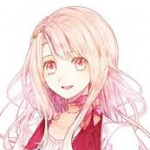 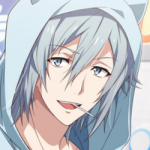 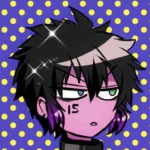 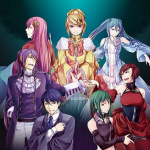